Sistema is the publicly-traded diversified holding company in Russia and the CIS. Established in 1993, today Sistema is a large private investor operating in the real sector of the Russian economy. Sistema's investment portfolio comprises stakes in predominantly Russian companies representing various sectors of economy, including telecommunications, retail, timber processing, agriculture, high technology, banking, real estate, healthcare services and hospitality. Sistema is the controlling shareholder in most of its portfolio companies. Sistema's competencies focus on improvement of the operational efficiency of acquired assets through restructuring and attracting industry partners to enhance expertise and reduce financial risks.

Chairman of the Board of Directors of Sistema Vladimir Evtushenkov, with 64.2% of shares, is the principal Sistema shareholder.

Sistema’s global depositary receipts are listed under the “SSA” ticker on the London Stock Exchange. Sistema’s ordinary shares are in the first (highest) level of listing under the “AFKS” ticker on Moscow Exchange. 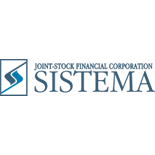 The programmatic motto of St. Petersburg International Economic Forum (SPIEF), which took place in Saint Petersburg on 24-26 May 2018 has become the one that UN Global Compact Local Network in Russia can call its own slogan - "Building an economy of trust".

AFK ‘Sistema’, Lukoil, and Norilsk Nickel, participants of Russian UN Global Compact network, according to the results of the ‘Responsibility and Openness’ and ‘Sustainable Development Agenda’ instalment indices, developed by the Russian Union of Industrialists and Entrepreneurs (RSPP), have joined the ranks of the top leaders on the level of information disclosure on corporate social responsibility. Indices were created based on public annual and non-financial reporting analysis of top-100 largest corporations of RAEX-600 and RBK-500 ratings.